Top posting users this week
Who is online?
In total there is 1 user online :: 0 Registered, 0 Hidden and 1 Guest

Rove Strider
"Whats the difference between the dead and the living, the dead can actually rest in peace"
Basic Information
Name: Rove Strider
Nickname/Title: Blake
Age: 19
Birthday: July 2 X1784
Gender: Male
Sexual Orientation: Straight
Race: Host, The God of Twilight , literally having control of both the power of light and darkness. When he enters the his god state his appearance takes a massive shift with his clothes changing from its original color to black and white and is covered in black aura.

Outside Combat:
Rove is extremely brave due to him living alone in the forest for most of his childhood. Rove is extremely sarcastic  always making sarcastic comments on everything done by others and constantly making lame jokes about events going on around him. He is extremely active usually focusing on improving his fighting abilities and also reading books which his mother wrote while she was traveling the world, when he is not reading or practicing he is usually writing his own book which he has restarted about 5 times due to copyright problems. He also suffers from Automatonophobia (The fear of Mannequins).

During Battle:
Literally the high risk, high reward type of fighter, relying on his own abilities rather than a plan. He does not hesitate in battle thinking only about victory and protecting the weak and he almost never relies on his other self. He doesn't kill anyone believing that if he kills someone he will succumb to his other personality.

Outside Battle(God State):
Blake, The God Of Twilight, the godly being that resides within Rove. The being is somewhat similar to Rove except for the fact that he uses dark humor instead of Rove's lame jokes about the events surrounding him. Blake is always calm and always has something up his sleeves. Blake is deceptive, devious, arrogant and boastful usually berating everyone and everything that is not godly. Rove's Automatonophobia does not affect him.

During Battle (God State):
During battle Blake is ruthless and arrogant thinking that no one has the chance of beating him. Blake will kill anyone who gets in his way whether they are friend or foe. Blake loves chaos and loves battle therefore he loves battles that involve lots of bloodshed and would even turn on his allies if it involved the battle falling into chaos. 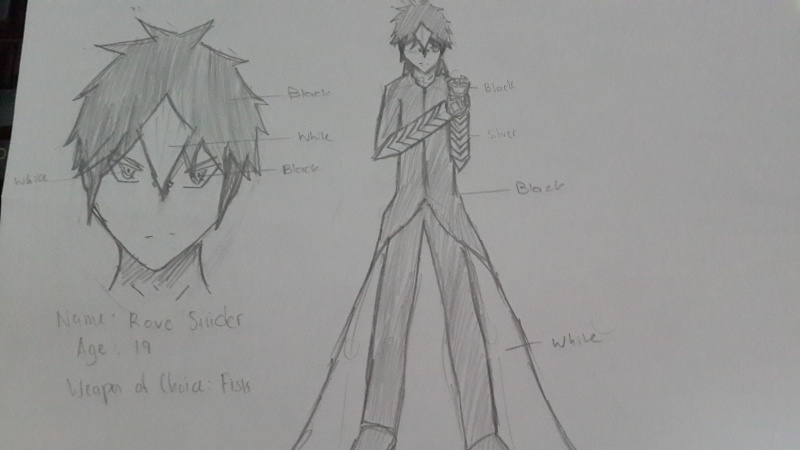 (For God State just reverse the colors. On another note ignore the bracers, inside of cloak is white btw.)
Special Characteristics: Heterochromia (Two different colored eyes and hair)

Alright first of all welcome to the site :). Second of all a few changes need to be made. Explain your power a bit more. From how you explain it, the power seems a bit more like magic and a tad too OP to be a godly power. Also remember you can only use that power in your god mode.
_________________ 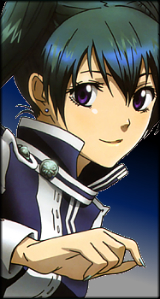